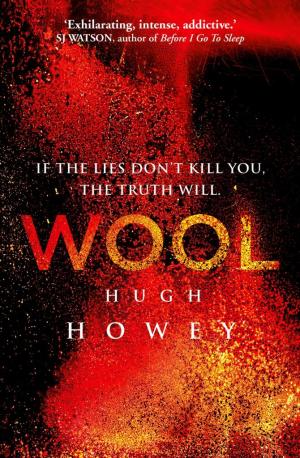 The Wool omnibus, which is what I read, is a little tricky to refer to because of its publishing history.  I think the majority of readers also read the omnibus edition.  The omnibus is a collection of five novelettes (which is a word I dislike, by the way) and was published in 2012.  Four of the included smaller “books” were first published in 2011.  Anyway, Wool by Hugh Howey is what is being reviewed here, as collected in the omnibus edition.

The reason some of the above publishing history is significant is because the original “book” forms the first 39 pages of the omnibus.  Overall, after reading this whole omnibus (a word I am already sick of typing), it feels like Howey really went somewhere different (and better) than wherever he may have been going in that first “book.”  Maybe not somewhere entirely different, but I feel like what was written in the second “book” is actually the starting point of the entire storyline.  In other words, the first “book” feels so much like background material, that perhaps I would not have entitled it “Wool,” but rather Prelude.

The second “book” is entitled Proper Gauge and for the most part it moves slowly as anything.  Many readers might abandon the book at this point – and I totally understand why.  It was a slight struggle for me, as well.  There’s one sentence where Howey describes one of the character’s walking stick getting stuck in the ridges of the stairs as they go down over 130 “stories” of stairs.  At points, the journey seems interminable and the reader does feel like they are actually on a Stairmaster or something.  The good thing about this – the reader does get a scope of the size of the environment that really drives home distances and effort.  Nevertheless, I think a few pages of this could have been whittled down without harm.

The novel is not written with the intellectual flair and ability of, say, Calvino or Nabokov.  This is not really high literature.  At it’s base, this is a survival-story told using good, solid writing.  The writing is quite good.  It just is not anything spectacular.  One of the things I did appreciate, repeatedly, was that the author does not utilize many cuss words. I think there are probably ten or twelve instances in the entire omnibus of “bad” words – and they are not all that “bad.”  It is refreshing and comforting to read an adult novel that does not feel the need to bludgeon the reader with foul language.  For that reason, sure, this novel can (more or less) be read by anyone of any age group.  Both of these points means that this novel has a wide audience.

I do not read many books in which the main character is a female.  So, for me, this was a somewhat unique read.  I liked the character; she is smart, strong, independent, and honest.  I feel like there were points where the author could have “overwritten” Juliette – and he refrained from doing so, avoided doing so, and therefore made a really decent character.

The ending is a bit abrupt. On one hand, after 500 pages, I did not think I wanted to read anymore. Not that the work is bad, but one cannot read a story infinitely.  On the other hand, the ending just kind of happens within four brief chapters and done.  And there is a lot left open for possibility – future novels/storylines and for imaginings of the reader.  I am a big proponent of not drawing out endings unnecessarily, but this makes this omnibus seem unbalanced – weighted heavily for the first two sections.

Now, many places categorize this novel as science fiction.  Frankly, I do not think this is science fiction. Again, this could start an endless dispute regarding the definition of genres and science fiction in particular.  Let’s just take some widely accepted view of the genre – aliens, robots, futuristic, lots of advanced science, space travel, etc. are all common ingredients in such a pie.  I don’t think Wool contains any of those.  This is just a survival story – a post-apocalyptic (although not perfectly detailed on what sort of apocalypse) story of human survival.  No aliens. No time travel.  No robots.  So, again, the readership on this one should be quite broad.

There is a basic “scenario” hinted at here.  The author does cause the reader to think about morality several times throughout this work.  The author does present to the reader two views of the situation that the humans survivors find themselves in.  There is a question of the “control of information” (which, by the way, is why I suspect many people think this is a dystopian novel).  However, nowhere does Howey bludgeon us, grind on us, or proselytize at us about these matters.  He tells us an entertaining story in which these are some of the elements of the story.

I have ordered the second omnibus in the Silo Series… I’m given to understand that it is not a direct storyline sequel.  That’s fine.  On the cover of my book (paperback) the author Justin Cronin writes a blurb saying “You will live in this world.”  I think that’s rather accurate.  For the majority of the book, I did feel connected to and entrenched in this world.  I did not have to struggle to imagine anything and I did not have to work to relate to the characters or scenery.