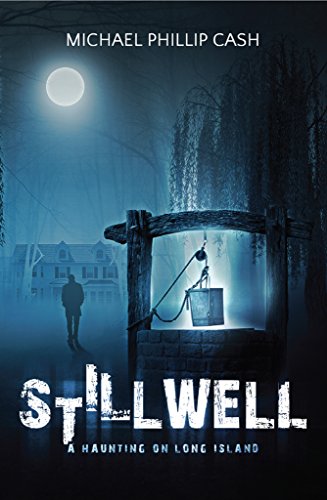 I just finished Stillwell by Michael Phillips Cash (2014).  This is another self-published, small publisher category book that I took a chance on.  I started reading it in November of 2020 and finished it in August of 2021 and I know exactly why there was a long hiatus in my finishing this work, though it is only a mere 172 pages in my edition.  This probably will not come across as the most favorable review, but I can promise it is completely honest and also that I actually, still, do not regret reading it!

The author has a degree in English and lives on Long Island. I do place a little expectation on him to be a good writer. This particular work is allegedly his second novel.

The good – there are a lot of threads that the author manages to intertwine throughout the plot and within the setting. The characters are fairly developed – for a short 172 page story, of course. I have to admit, these are more nuanced characters than some 400+ paged novels I have read through. Also, I liked the setting – its rainy, creepy, big haunted old mansion stuff. I liked that the author did the work to connect this story to a bit of realistic history (American Revolution – and the epilogue detailing some similiar historical items).

The bad – I utterly and completely understand that the main thrust of the book and all its foundation is built on the main character suffering after the death of his wife. At the end of the day, this book is a love-story, not really a horror novel. That is a-OK; I can read either or a mix of both.  Many times throughout the story, the main character is asking himself if he is insane or if he needs professional psychological help. Yes, yes he does – but NOT because of experiencing supernatural/unnatural things. It took me awhile to figure out what annoyed the heck out of me about the first half of the novel – but I did it! The first fifty pages of the book are unrelenting pining and sorrowing over the deceased wife. The reason the guy needs a professional is that he seems to not have come to terms with anything that was happening – even prior to his wife’s dying moment.  This endless complaining and misery is what caused me to set the book aside for a good long while.

Understand: I am not questioning the grief. I am saying that I think this grief doesn’t match the illness and demise of the wife. We are told, repeatedly-a lot-endlessly, that the wife’s illness was a long duration, that it utterly halted and re-arranged that household’s existence. We are told how exhaustively every option and scenario was attempted and presented. We are told how agonizing the woman’s death was – slowly, detailed, everyone very aware of the situation. It seems, though, that the main character’s (Paul) grief is of someone who is experiencing a very shocking and sudden loss.

Further, even though the reader must utterly understand how tragic and miserable the main character is, I do not know that the reader needs to slog through every ounce of that sorrow. It isn’t “downplaying” or not being “sympathetic” to say this. I feel it is moreso an awareness that this is a novel, and the concept does rely on a grieving widower, but piling on the sorrows exchanges the sympathy for annoyance. Particuarly, as I mentioned, when the grief seems…. odd.

Peppered into the story are a few very brief moments of lewdness that I felt were a bit strange. And sometimes the writing was not 100% on point. “He ran…” when I sincerely doubt that – the character, at most, hustled. Am I being picayune… oh sure.

Finally, I’m going to complain a bit about the supernatural/unnatural aspect.  First there is a monster, ape-like. Then there are apparitions, like ghosts or misty figures.  Finally, there are these odd balls of light/energy.  It seems to me like the author needed to pick a way to scare us readers and stick with it. I think I rolled my eyes at the dancing balls of light over the well. Sheesh.

Overall, not great at all. I kind of want to read more by the author because as I said, there are some good elements here. But I think maybe I will not read more by him because I just cannot suffer the extreme melodrama. Fact: there are readers out there that can and will enjoy this; I am not one of them.