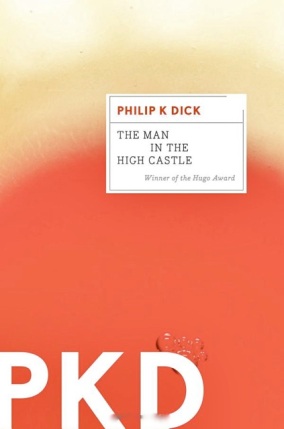 The Man in the High Castle is the fourth Philip K. Dick novel that I have read.  It was first published in 1962 and it won a Hugo Award in 1963.  I will state right away that I am only giving the novel two stars because I have read better from PKD. Also, this novel was not as easy to breeze through and immerse within as the other novels by PKD that I have read were.  I think that the concepts in this novel are five-star concepts, no doubt. But I am docking for execution.

But overall, the part of the novel that makes it qualify as science fiction is that it presents an alternate reality. I want to say a bit more on this point, but that would involve giving away spoilers.  Suffice it to say, PKD again makes the reader question reality – is this the really real or a false reality?

There are a whole mess of characters in this novel and the plot does not necessarily just hinge on one of them alone. I think I prefer books with a clear main character. I sometimes had a difficult time remember who was who and what and where. I hope your German is better than mine, because I had no mind for German names, phrases, or places. However, if you are a WWII buff, you may find this book of some interest.

Anyway, the character that I liked the most and followed most avidly was Nobusuke Tagomi – a trade missioner in Japanese-controlled San Francisco.  I think it is with this character that PKD gives his all in terms of character development and also the thread of the I Ching that runs through the novel.  Tagomi is the only character that I could feel sympathy for and was interested in. I think this is because PKD manages to pull off an “authentic” traditional Japanese persona here, whereas with the other characters, they are only playacting at their heritage/ethnicity.  For example, most of the Germans seem too obvious and the other Asian characters seem almost simulacra of stereotypes or something.

One thing this novel excels at – without a doubt – is presenting the concept of authentic/false.  This is done with objects, art, people, countries, beliefs, names, and even such small details as hair color and clothing.  This novel could really just be a study in simulacra and simulation. (In case you’re curious, no, no connection from Baudrillard’s book, which was published in 1981.)  If you are interested in the Philosophy of Art and are curious about the ideas of forgeries and fakes versus imitation – this would probably interest you, as well.

Ultimately, this book would interest a lot of readers for a variety of different reasons and aspects. However, the one group I do not really recommend it for is the science fiction audience.  This book is a little less psychological and a little less science fiction than the other PKD books that I have read, and maybe that is why I am only giving it two stars.

I hated the character Juliana Frink with great animosity. As soon as we meet her in the novel, I want to make her go away. It kind of sucks that she ends up as a device for the big reveal at the end. Overall, I find her to be a hideous person and I do not know who PKD modeled her after, but I am sorry for them.  Juliana is an annoying, sickening, vexing character. A novel with her in it cannot get more than two stars, sorry!  Also, I am starting to believe maybe the Hugo Awards are on crack…..